Last Updated on February 11, 2018 by cassnetwork 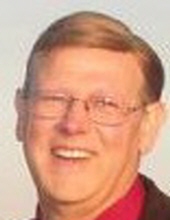 Born August 21, 1950, in Piggott, Arkansas, he was the son of the late George Franklin and Esther Evelyn (Bristow) Fry.

Larry was a proud veteran of the U.S. Army, serving in Military Intelligence in Thailand during the Vietnam War. He graduated from Signal School in the Army and his specialty was receiving encrypted codes from Vietnam and forwarding them to the Pentagon as part of a high security communication system.

After the war, Larry attended DeVry University where he studied electronic engineering.- a field in which he worked for many years.  At age 38, he switched careers and became a stockbroker, moving his family to Logansport in August of 1988.  Larry also worked as an insurance agent, sales representative and an IBP plant planner.  Due to illness, he retired from the State of Indiana as a maintenance foreman with the Department of Corrections.

Larry loved the Lord with all his heart and trusted Him completely during his battle with cancer for he knew the promise of Eternal Life as the foundation of his faith.  He was a member of the New Life Alliance Church whose members were an extension of his own family.  He also belonged to the America Legion Post 60. He was a former Rotarian and had served on the Logansport Cass County Chamber of Commerce, having received the designation of “Board Member of the Year.”

An outdoor enthusiast, Larry enjoyed hunting.  He also enjoyed photography.  Larry was a “tinkerer” who loved fixing things and had big dreams of restoring a classic car someday.

He was preceded in death by one sister, Glenda Dowler.

Burial will follow in Mount Hope Cemetery.  Full military honors will be accorded to Larry by active duty members of the U.S. Army, the Cass County Honor Guard and the Indiana Patriot Guard.

Friends will be received from 4-8 p.m. Saturday, Feb. 17 in the funeral chapel.

Memorial contributions may be made to Miles for Myeloma/IU Foundation or The Gideons.

You may share memories, condolences and photos on Larry’s Tribute Wall and view his video at www.fisherfuneralchapel.com