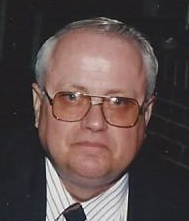 Tom worked at Continental Steel in Kokomo from 1961 until the company closed in 1986.

Tom and Linda owned and operated the Diving Den in Kokomo for over 35 years. A SCUBA diving instructor and enthusiast, Tom took students all over the world to destinations such as Australia, Fiji, Cuba, the Red Sea and many other locations. Tom also owned and operated Land and Sea Video taking underwater photographs and videotaping weddings and events. The couple also operated the Air Station at France Park for many years.

More than anything, Tom loved being with his family, especially his grandkids and great-grandkids. He also enjoyed camping with his family and friends and had traveled all over the United States. Photography was one of his favorite past times.

The friends and family that Tom leaves behind will all remember his sense of humor and candor fondly. As he always said, he “never met a stranger.”

In addition to his parents, he was preceded in death by his wife’s parents, Roy and Reba King and George Brown; two brothers, Larry Stough and Kurt Stough; two brothers-in-law, Don Brown and Morris Parks; and two granddaughters, Sophia and Abigail Creighton.

A visitation will be held from 3-7 p.m. Saturday, June 4 in Fisher Funeral Chapel.
A funeral service celebrating the life of Tom Stough will take place at 2 p.m. Sunday, June 5 in the funeral chapel with Pastor Bill Collins officiating.
Burial will be in Peoria Cemetery, near Peru.
You may share condolences in Tom’s guest book and view his video tribute online at www.fisherfuneralchapel.com
Memorial contributions may be made to the St. Jude’s Children’s Research Hospital.