Last Updated on January 11, 2017 by cassnetwork 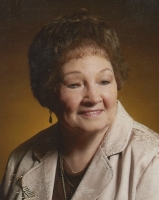 Born June 3, 1922, in Pulaski County, June was the daughter of the late Charles E. and Mary E. (Knebel) Waddups.

June was retired from Gen Corp.  She was a member of the Wheatland Avenue United Methodist Church. June was life member of the Veterans of Foreign War Auxiliary. She was an avid Pacers fan.  Her greatest joy was spending time with her grandchildren.

Visitation hours will be held from noon until the time of the service on Friday in the funeral chapel.

Memorial contributions may be made to Wheatland Avenue United Methodist Church.

You may share condolences in her guestbook and view her video tribute at www.fisherfuneralchapel.com