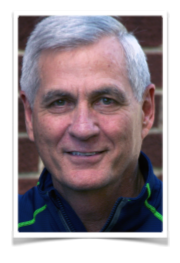 The 2017 Logansport High School Hall of Distinction Inductee is 1965 graduate, Mike Wood. We look forward to recognizing Mike as this year’s inductee to the Hall of Distinction at the 146th Commencement Ceremony on Sunday, June 4, 2017 at 2 p.m. in the Berry Bowl.

A native of Logansport, while at Logansport High School, Mike distinguished himself in athletics, especially football and track. Upon graduation from Logansport High School, he attended Anderson University where he had an outstanding career in football. While at Anderson, he was nationally ranked in three categories, set ten school records, and was elected Most Valuable Player on the 1968 Hoosier Collegiate Conference Championship Team. He was elected to the Outstanding College Athletes of America as well as being named to Anderson University’s 50th Anniversary All-Time Football Team.  Upon graduating from Anderson University, he taught and coached in both Indiana and Illinois. During his career in education, he was a three-time Coach of the Year, an Athletic Director, and was honored by being named a Top Ten New Educator in the State of Illinois.

Leaving coaching and education, Mike entered the business world. He worked for Jostens, rising to the position of Divisional Manager responsible for more than $300 million in sales during his 15 year career. Mike went on to become President and Chief Operating Ofﬁcer for the Domestic and International Executive Training Division of McGraw-Hill. During this time he was elected to the Young Presidents of America, an honor awarded to those who achieve the title of President of a major corporation before the age of 45. Over the past 16 years Mike has been with Balfour, a division of American Achievement Corporation. He recently retired as Vice President of Leadership and School Enrichment.

During his business career, he became a certiﬁed speaker afﬁliated with the National Speakers Association, delivering keynote addresses. With athletics always near and dear to his heart, Mike coached his daughter’s tennis team to a Junior Olympic Gold Medal as well as an AAU National Championship. In addition, he served as a Bradley University tennis coach. Because of his passion for education, he incorporated many of the same techniques he implemented in the business world to create Pathways, a program that develops and enhances the leadership skills of high school and college students nationwide. As Founder, Creator and President of Pathways, Mike personally presented full day leadership seminars to over 1,000,000 high school and college students representing over 5,000 high schools and colleges over the last 25 years- including at his alma mater. Not only were Mike’s seminars unique in content and highly personally challenging, but they were speciﬁcally targeted to the best of each schools leadership talent.  “We Make Your Best Better” was the mission of Pathways. Mike’s unique background and presentation style kept student leaders highly engaged.  Group projects were incorporated during the day-long events. Faculty, sponsors, coaches and administrators participated and competed side-by-side with students, making Pathways a one-of-a-kind leadership program. It was his honor, this past fall, to be asked to present to the Purdue Football team.

Mike is the son of Elmer Wood, and the late Mishia Wood, longtime Berry supporters. He and his wife, LeAnn, live in Lafayette, Indiana. They have one daughter, Kelley, and one grandson, Christian Michael.