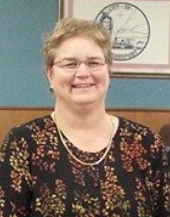 The Logansport Parks & Recreation Board of Directors is pleased to announce the formal hiring of Janet Fawley, the former Parks Administrator, to replace Marc Vendl who resigned on July 27, 2018.The Parks Board voted unanimously to hire Mrs. Fawley at a public meeting on Wednesday, August 1.

Fawley was previously the Logansport Parks Administrator from October 2000 through November 2014 and took a position as Parks Superintendent for the City of West Lafayette. Fawley resigned that position in West Lafayette in March 2018 and was very pleased for the opportunity to return to the City of Logansport’s Parks & Recreation Department.

“I’m so excited to return to my Parks & Recreation roots! It’s amazing all that is going on in the Logansport Parks and I’m very happy to be a part of these exciting projects. I’m especially looking forward to Christmas in the Park, and the construction of a new restroom at Spencer Park. My time in West Lafayette has given me new perspective and new ideas that I hope to incorporate here in Logansport. I’ve missed my friends, colleagues, and staff members and am happy to re-establish those relationships.

During Fawley’s time in West Lafayette, projects that were completed included a new playground at Cumberland Park, the completion of the community’s Five-Year Master Plan, and moving and renovating an historic schoolhouse.

Janet Fawley began work on Thursday, August 2. She can be reached at the Parks Office at 574-753-6969, or at 1701 Dividend Dr, directly across the street from Huston Park.