Additionally, this month had the lowest unemployment insurance claims in the reference week (12th of the month) in 2019.

Learn more about how unemployment rates are calculated here: http://www.hoosierdata.in.gov/infographics/employment-status.asp. 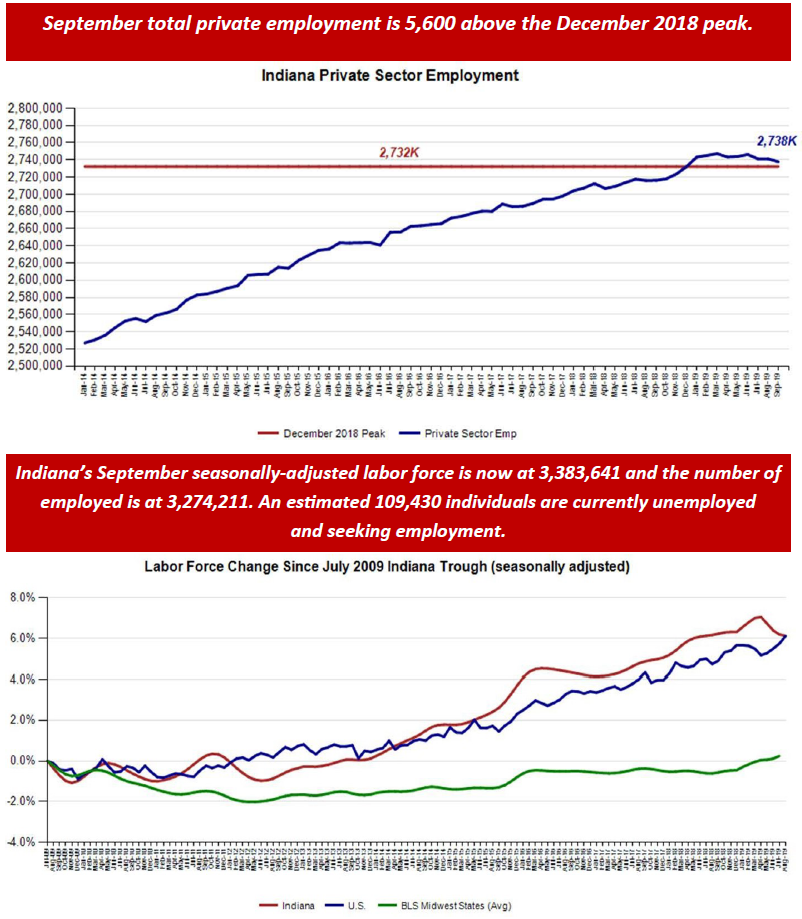 Private sector employment has grown by 21,500 over the year and has decreased by 3,400 over the previous month. The monthly decrease is primarily due to losses in the Leisure and Hospitality (-2,000) and the Manufacturing (-1,000) sectors. Losses were partially offset by gains in the Construction (1,700) and the Financial Activities (400) sectors. Total private employment stands at 2,737,700, which is 5,600 above the December 2018 peak.