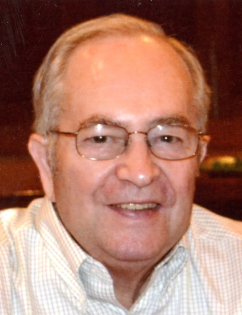 Keith A. Erny, 86 of Logansport, passed away Sunday, November 24, 2019 at Woodbridge Health Campus in Logansport.

Keith was a graduate of Walton High School where he played basketballl. After Keith finished his service with the United Sates Army in 1957, he came back to the Walton area and established Erny’s Fertilizer Service. He also served as the President of the National Fertilizer Solutions Association. Keith was a member of the Walton Masonic Lodge, Logansport Shrine Club, Murat Temple Indianapolis and Elks Lodge #66.

He was preceded in death by a brother, Joey Erny.

A celebration of life will be held at 10:30 AM on Wednesday, November 27, 2019 at Gundrum Funeral Home and Crematory with Pastor Doug Thomas officiating. Burial with full military rites will follow at Walton I.O.O.F Cemetery, Walton.

Memorials may be made to the Anoka United Methodist Church or the American Heart Association.

You may sign Keith’s guestbook online and leave condolences for the family at www.gundrumcares.com.