Travis Yike will serve as chief of the Logansport Police Department.

Mendy Asselin will serve as the mayor’s administrative assistant.

Here is the full text of the announcements released today:

APPOINTMENT OF TRAVIS YIKE AS LOGANSPORT CHIEF OF POLICE
Information and Experience of Travis Yike: Travis Yike’s law enforcement career began in 1997 as a military police officer in the United States Army. Yike served on several special reaction teams and was ranked above his peers, quickly to sergeant. Yike led several soldiers, in which he was responsible for; training, morale, welfare and discipline. Yike was promoted to NCOIC of 3 full time SRT at different duty stations. Yike performed in numerous security missions without error in support of the President and Vice President of the United States, foreign heads of states and the US Army’s most senior leadership. Yike led his SRT to several top ten finishes in a national SWAT competition. Along with many schools and training Yike attended several leadership schools.Yike, furthermore, received serval awards during this time. Yike, furthermore, received serval awards during this time. Yike also acquired 27 credits from Northern University of Virginia. Yike joined the Logansport police department after exiting the army with an honorable discharge. Yike was promoted to the rank of 1Sgt and has been a shift supervisor for approximately 10 years. Yike has served on the Logansport SWAT team, and was promoted to team leader, which he has served for 12 years. Yike has been instrumental in the execution of the SWAT team and their operations. Yike has attended several schools and training he provides the members of the Logansport police department with Combative training and STOPS training. Yike has been a K9 officer for 10 years and attended several Police K9 competitions, winning several 1st, 2nd, and 3rd place finishes. Yike has been an FTO, pension board member and gang task force. Yike has been awarded officer of the year twice (2007 & 2018). Yike was also awarded the meritorious service medal.

Statement from Mayor-Elect Chris Martin on Appointment: In my selection of the police chief, I wanted someone who had experience and understanding of the department,and those on the front line. I didn’t want an office person, but a chief who was willing to be on the road when called upon. Travis Yike exemplifies all those things and more. Travis and I have had many conversations about the challenges I have heard from the citizens of Logansport. Travis is going to build a positive environment in our police department that will assist our officers in understanding more about our community and the importance of having positive leadership throughout our entire community.

APPOINTMENT OF KELLY LEEMAN AS THE CITY ATTORNEY
Information and Experience of Kelly Leeman: 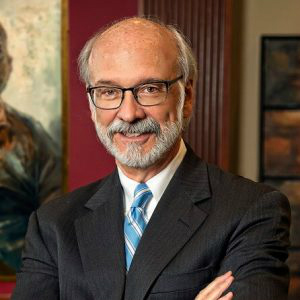 Leeman first worked for the City of Logansport while in law school when he spent a summer codifying the City’s ordinances for the first time in nearly 50 years. Upon graduating from IU School of Law, he became the Deputy City Attorney under George Brubaker. When Brubaker passed away during the latter part of Mayor Gene Monahan’s 2ndterm, he was appointed to finish out Monahan’s second term and then all of his third term. Monahan was Logansport’s first three term Mayor. After Monahan’s term, Leeman became the City Attorney for John R. Davis’s two terms as Mayor. After those two terms Leeman was Mayor William “Bill” Vernon’s City Attorney for his two terms. When Mayor Mike Fincher was elected for his two terms as Mayor, Leeman shared the office of City Attorney first with Thomas Perrone, until he was elected as Judge of the Cass Superior Court I, and then with Leo Burns until he was elected to be Judge of the Cass Circuit Court. Leeman’s son Mark K. Leeman joined him to serve out the 2nd of Fincher’s two terms. Leeman says the City Attorney position has allowed him the pleasure of serving his community, using his legal training without having to run for office. It has afforded him a chance to meet and work with people with diverse backgrounds that are all united in their love for the City of Logansport. He now looks forward to working for Mayor Chris Martin, the city’s youngest elected mayor in history, to keep the progress going into the twenty first century. His son, Mark will be helping fulfill the duties and responsibilities of the City Attorney’s office.

Statement from Mayor-Elect Chris Martin on Appointment: When we talk about experience in the Martin Administration, Kelly Leeman is the personification. Kelly will, without a doubt, represent this city with an extreme knowledge no one else can come close too. With the amount of lawsuits we’ve seen under the last two mayors, Logansport needs an attorney like Kelly Leeman back at the helm. This is one appointment that should definitely put minds at ease. I thank Kelly and Mark for coming back to assist Logansport in its future, and for wanting to help start Logansport’s second chapter in history!

APPOINTMENT OF MENDY ASSELIN AS THE MAYOR’S ADMINISTRATIVE ASSISTANT
Experience and Acceptance Message from Mendy Asselin: My name is Mendy Asselin, and I have worked in the clerical and management field for 30 years with the same company. Within my clerical experience through the years, I assisted with starting a preschool curriculum and was the secretary for that program. As the receptionist for the Pediatric and Adult Therapy Clinic I was responsible for insurance billings and authorizations, scheduling, filing, as well as switchboard operator when needed. My responsibility as manager included overseeing the building and monitoring the multiple programs along with supervising staff. I have been a Sunday School teacher for twenty years. My husband Jeff and I have a combined family of four adult children and fifteen grandchildren. I am excited to begin the upcoming year with a new career and responsibilities!

Statement from Mayor-Elect Chris Martin on Appointment: After talking with Mendy Asselin, and working with her at Bona Vista, I quickly recognized experience, confidence, and positivity the mayor’s office needs under the Martin Administration. Mendy and I also share many visions for Logansport and her faith has only helped in making the decision to have her as the mayor’s administrative assistant. When you call Mendy, you’ll immediately understand why she’s the best choice for the Martin Administration and for Logansport.