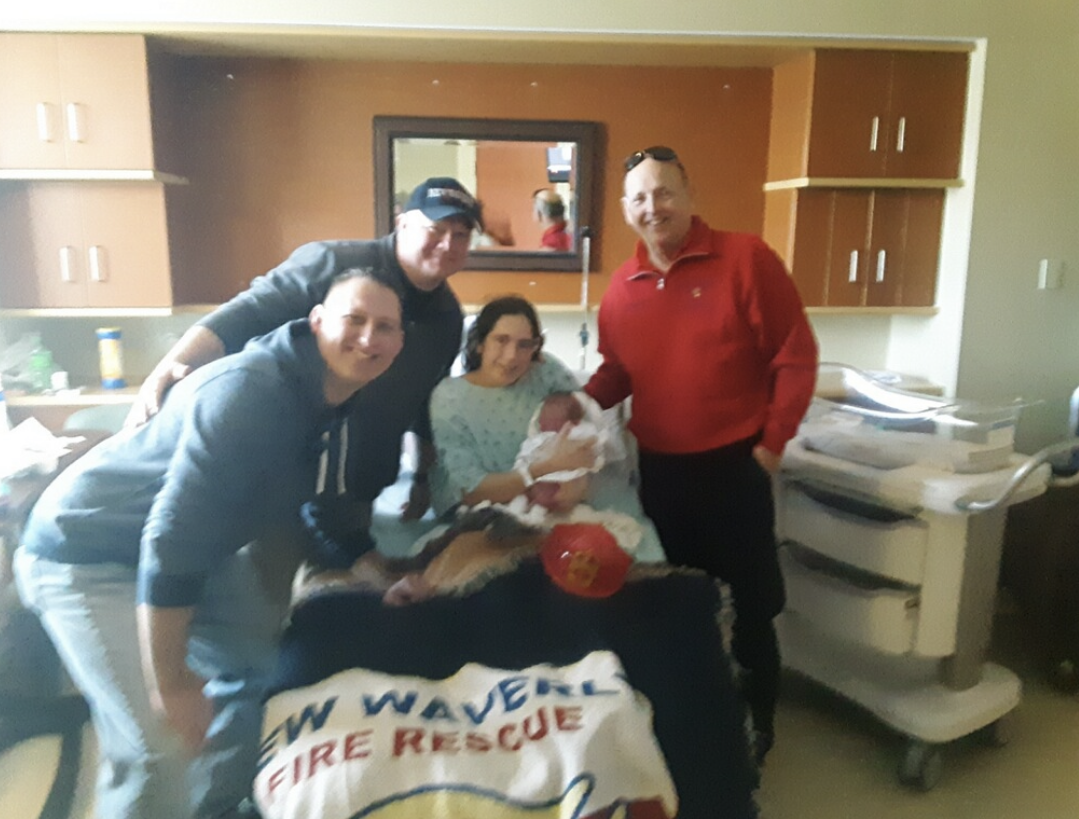 On December 12, 2019 at 2:10 p.m., Timothy Owens was born at the New Waverly Fire Station between Logansport and Peru, Indiana.

The parents were in route to Logansport Memorial Hospital and stopped at the fire station.

They heard a horn honking in the parking lot and went outside to find the mother in labor.

The parents pulled their vehicle into an empty bay in the fire station where the baby was delivered without incident.

A Phoenix Paramedic Solutions ambulance later arrived on scene and transported the mother and newborn child to Logansport Memorial Hospital. The crew referenced above visited the family in the hospital on December 13 and presented Timothy with a certificate and various items designating him an honorary member of the New Waverly Fire Department.

New Waverly Fire Department congratulates Joshua and Hannah Owens on the newest addition to their family.