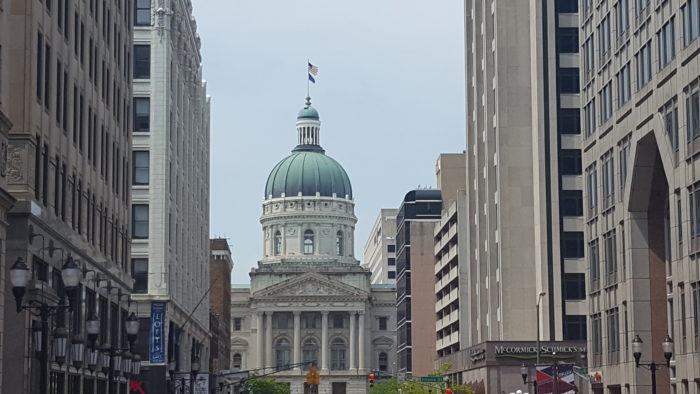 Indiana Attorney General Todd Rokita today released a Parents Bill of Rights, providing a roadmap for Hoosier parents and caregivers to exercise their legal right to have a voice in their children’s education.

“Education policy and curriculum should reflect the values of Indiana families while meeting the mandatory requirements set forth in law,” said Attorney General Rokita. “The single most effective way to ensure school accountability is for parents to engage in their children’s education. The Parents Bill of Rights empowers them to do just that.”

National discourse around political and social issues has created negative and polarizing effects on teachers, school administrators, students, and families. Since January, parents and state legislators have turned to Attorney General Rokita for legal interpretations of educational rules and statutory requirements. The Indiana Attorney General’s Office created the Parents Bill of Rights to serve as a resource for parents to engage in meaningful civic dialogue that will ultimately benefit Indiana schools, parents, and students.

The Parents Bill of Rights outlines the following rights that Hoosier parents and caregivers are entitled to exercise:

“As I’ve traveled throughout the state of Indiana, I’ve heard firsthand the concerns of parents who are deeply troubled by ideologies being imposed in their children’s school curriculum,” said Attorney General Rokita. “The first line of defense to hold school districts accountable lies with active and engaged parents. The Indiana Attorney General’s Office will stand in their corner every step of the way as they exercise their individual liberties in the interest of our children.”

The Parents Bill of Rights can be found here. This publication is the first in a series of forthcoming installments regarding parents’ role in their children’s education, including medical rights, religious rights, and school choice rights.

“History classes in the United States have long excluded certain parts of United States history that are hard to face. We can only move forward as a unified nation, with actual justice for all, if citizens are taught all of our history.

“CRT is a concept that has been around for over 40 years and is only now making the news because politicians have started using it to push a national agenda to block progress on inclusion and diversity. Parts of this theory have been in history curriculum for decades, and it simply teaches students that prejudice didn’t end with slavery but at times has also been built into legal systems and policies.

“For example, government officials have historically drawn lines around predominantly minority neighborhoods, known as redlining, and deemed them ‘poor financial risk.’ This resulted in banks refusing mortgages to Black families, denying them the opportunity to be homeowners and resulting in Black families building financial equity at a devastatingly disproportionate rate compared to white families.” Melton explained.

“We can only fix these sorts of policies if our future policymakers and attorneys learn about them in school. This nation cannot hide from its history of racism, and we cannot move past the racism that continues to permeate our country until we acknowledge and address its systemic roots.

“That understanding is partially why I was so disturbed when reading the disparaging comments about CRT in the ‘Parents Bill of Rights,’ because it suggests an aversion to acknowledging that truth and working to move past our country’s historic racism.

“I encourage Attorney General Rokita, as a leader of our diverse Hoosier state, to reexamine his statements on CRT and revise his ‘Parents Bill of Rights’ to retract the discriminatory and false claims that were made. I also want to encourage him to meet with me and the other members of the Indiana Black Legislative Caucus to discuss this issue further and to get a more accurate and comprehensive understanding of CRT.”

INDIANAPOLIS — Today (6/24) members of the Indiana Senate Democratic Caucus issued the following statement criticizing Attorney General Todd Rokita for releasing a “parents bill of rights” that not only has no legal standing, but also criticizes our state educators’ efforts to bring a more diverse education to our students.

“I have major concerns with the Attorney General’s statements criticizing educators’ efforts to teach all of America’s history. His release amounts to nothing more than political games that insert inflammatory politics into education and imply that Indiana schools are teaching our children to discriminate on the basis of race,” Senator Taylor said. “Teaching all of America’s history is an inclusive approach to education, and a statewide leader such as the Attorney General should want our students to receive the most comprehensive education available.”

“Attorney General Todd Rokita was elected to represent the State of Indiana in legal challenges, not insert his extreme political views into educational curriculum debates. His new ‘parents bill of rights’ is a political tactic to try and scare parents into thinking their children are being discriminated against,” Senator Ford said. “In actual reality, Indiana’s education curriculum is determined by the Department of Education, the Indiana State Board of Education and the General Assembly—all of which take public testimony and recommendations from parents.”

“Using politically charged language to misrepresent curriculum and allege that educators are taking away parental rights does nothing more than fuel a political war that Hoosiers are tired of,” Senator Yoder said. “This is a misuse of the Attorney General’s time and state office. Instead, he should let our very qualified teachers, school administrators and parents lead these conversations outside of a political arena. That is what is best for our children, and that is how Indiana can provide our children the best education possible.”

“Critical Race Theory (CRT) is a concept that has been around for over 40 years and is only now making the news because politicians have started using it to push a national agenda to block progress on inclusion and diversity. Parts of this theory have been in history curriculum for decades, and simply teaches students that prejudice didn’t end with slavery but at times has also been built into legal systems and policies. For example, government officials have drawn lines around predominantly minority neighborhoods, also known as red lining, and deemed them ‘poor financial risk.’ This resulted in banks refusing mortgages to Black families, denying them the opportunity to be homeowners and resulted in Black families building financial equity at a devastatingly disproportionate rate compared to white families.” Sen. Melton explained.

“I ran for office to make sure that all students and all Hoosiers are treated equally and with dignity,” Senator Qaddoura said. “Making sure our students are taught America’s full history is how our students learn how they can make a difference in our state and nation—as individuals and in their future careers. Our nation will only truly offer liberty and justice for everyone when we are open to learning from past wrongs and commit ourselves to doing better.”

“I am disappointed to see Attorney General Rokita playing politics with our children’s education,” Senator Lanane said. “He is doing nothing more than creating a boogeyman where one doesn’t exist. I support school efforts to make U.S. history curriculum more comprehensive and accurate. Our Attorney General should stop the political maneuvering and leave education to experienced teachers, school administrators and parents.”

“There are a number of things Attorney General Rokita could do to support our schools, parents and students, but releasing politically charged and divisive language criticizing Critical Race Theory is not one of them,” Sen. Randolph said. “Our school administrators, parents and teachers are more than capable of having the necessary discussions to make decisions concerning the curriculum for our students. They do not need the Attorney General overstepping the bounds and duties of his office—something I find extremely concerning—to give them advice about which parts of American history should and should not be taught in Indiana schools. There is a process in place for school curriculum approval, and I trust that our educators are working hard, as always, to accurately educate our students about our nation’s history. ”